THE COSGRAVE PARTY: A HISTORY OF CUMANN NA NGAEDHEAL, 1923-33

My first monograph – The Cosgrave Party – was published by the Royal Irish Academy in late 2010.    The Star, an Irish newspaper, suggested in 1931 that ‘Cumann na nGaedheal  should have a proud place in history’.  However, this pride of place has not always been afforded to the party  that governed Ireland during the first decade of independence in the pages of the history books.  Even members  of Fine Gael, the party’s natural successor, regularly overlook their antecedents.  The aim of my book was to  redress that, by evaluating the party and locating its place in Irish history.

Most political parties are created to win power, but Cumann na nGaedheal was built by men already running a 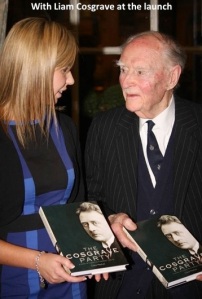 country.  The Cosgrave Party tells the unique story of a political party born into government amidst the bloodshed of the civil war.  It reveals the true complexity of Cumann na nGaedheal and investigates the internal politics of the party as it struggled with ideological tensions and personality clashes.  All occurring while its leaders simultaneously ran a government and built a state, despite threats from those both outside and within the political system.  Finally, it fixes the party’s role in Irish history of consolidating the tradition of constitutional nationalism in Ireland.

‘Ciara Meehan’s book brings a fresh perspective on an overlooked period of Irish history, as well as insights into the probable policies of Ireland’s next government’ ~ Prof John P. McCarthy (Fordham University), The Irish Echo, 2 March 2011. 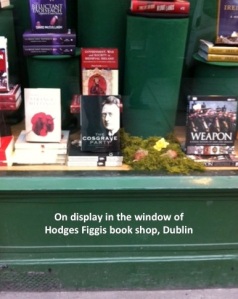 ‘Ciara Meehan’s The Cosgrave Party is the first monograph devoted solely to the Cumann na nGaedheal party, and as such is an important addition to the literature.  Its novel focus on electioneering, in particular, should make this book noteworthy to historians of the Irish revolution, and to those interested in the 20th century more broadly’ ~ Dr Jason Knirck (Central Washington University), Reviews in History, 9 September 2011.