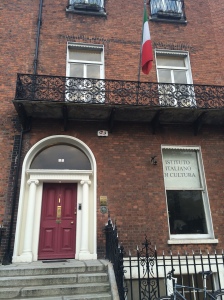 I was at the Italian Cultural Institute in Dublin yesterday evening for the launch of the Love, Italian Style exhibition. Curated by Niamh Cullen (University College Dublin), it looks at the changing perceptions of marriage from the 1940s to the 1970s in Italy, and draws on popular magazines — notably Grand Hotel — and diaries held at Italy’s National Diary Archive.

“The idea of the ‘Latin lover’ is one of the most familiar images of Italians and Italian culture. This exhibition aims to uncover the reality behind the stereotype, exploring how ideas about courtship, love and marriage in Italy were changing in the 1950s and 1960s through the lens of popular magazines”.

The event opened with Niamh (right) telling us about the rationale for the exhibition. Italy’s post-war ‘economic miracle’ had an impact on understandings of marriage, and the expectation emerged that romantic love and marriage should be linked. This was confirmed by the popular endorsement, by means of a referendum, of divorce in the 1970s.

Niamh’s introduction followed with a fascinating talk by Professor Emanuela Scarpellini (University of Milan) on consumer culture in Italy in the 1950s and 1960s. Pictured below, she spoke about symbols of the consumer revolution during the economic miracle, but pointed out that it wasn’t just about cars and mobility. For the first time, she explained, Italians could spend less than half their budget on food, which had previously been the major household expense. The money that was saved was typically then spent on durable goods. Most important of the domestic appliances purchased was the refrigerator, which had a huge impact on shopping, cooking and eating habits. 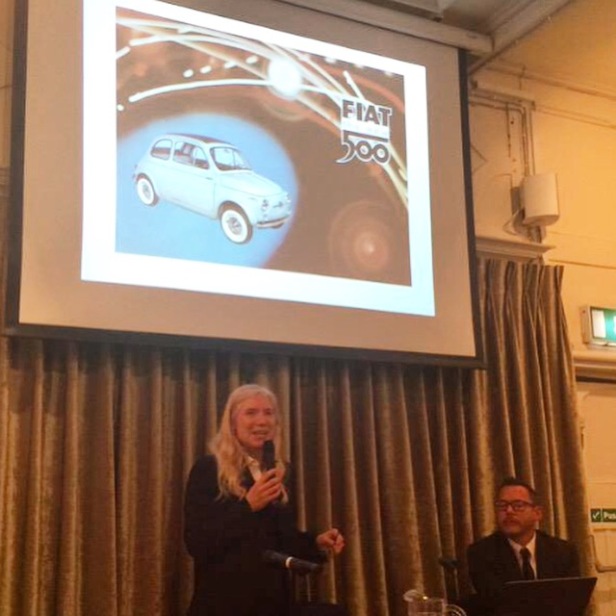 Professor Scarpellini concluded her talk by stressing the importance of studying Italy’s economic miracle. The Italian coffee drinker is a familiar image, for example, but — and I was surprised to hear this — it is only a recent tradition. As she explained, the roots of modern life lie in the period of the economic miracle. So much of what is on display at Love, Italian Style is important not only for giving visitors an insight into Italy’s past, but also for helping us make sense of Italy as it is today. 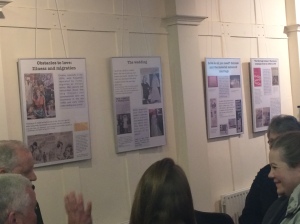 The themes of the exhibition unfold across a series of ten panels, culminating in a wonderful display of original Grand Hotel magazines. Beginning with courtship and new spaces for dating (the beach), the exhibition moves through topics such as intimacy before marriage, elopement, obstacles to love, engagement and the corredo (or trousseau) and finally to the actually wedding, before concluding with the divorce referendum. While so many of the themes are familiar in the Irish context, the jealousy panel really stood out. I’m not sure if this is a typically Italian trait, or a Mediterranean one more broadly, but it isn’t really one that I’ve come across in my research in the same period in Ireland.

Love, Italian Style has a limited run, so be sure to visit it before it closes on 22 May. It’s one not to be missed! 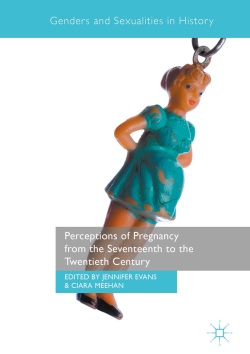 © Ciara Meehan and CiaraMeehan.com, 2013, 2014, 2015, 2016 & 2017. Unauthorised use and/or duplication of this material without express and written permission from this blog’s author and/or owner is strictly prohibited. Excerpts and links may be used, provided that full and clear credit is given to Ciara Meehan and CiaraMeehan.com with appropriate and specific direction to the original content.